Search
close
Ready for your transformation?
Financing by

Cherry
Before & After Gallery

Dysport® can temporarily improve the look of moderate to severe lines between the eyebrows. Dysport® is the newest injectable in the U.S. market. It treats deep lines and wrinkles by immobilizing muscles, similar to Botox. Developed in the United Kingdom in the early ’90s, Dysport® has been used overseas for many years. Dysport® was approved by the Federal Drug Administration in April 2009 for the treatment of head and neck muscle spasms and deep lines between the eyebrows.

Dysport® is a formulation that has been shown to deliver temporary improvement in moderate to severe frown lines, even with repeat treatments. So, the effect of repeat treatment with Dysport may be comparable to your first use.

Flexible payments for any budget.

Before and After Pictures What exactly is Dysport?
Dysport is a prescription injection that temporarily improves the look of moderate to severe frown lines between the eyebrows in adult patients less than 65 years of age. With Dysport, it’s just the frown lines that are minimized, not your expressions. Dysport has been shown to deliver temporary improvement in moderate to severe frown lines, even with repeat treatments.
How does Dysport smooth the look of frown lines?
With just 1 injection into each of the 5 points between and over the eyebrows, Dysport blocks the signal from the nerve to the muscles, which reduces muscle activity and temporarily prevents contraction of the muscles that cause frown lines between the eyebrows.

Dysport may not be right for you if you have surgical changes to your face, very weak muscles in the treatment area, your face looks very different from side to side, the injection site is inflamed, you have droopy eyelids or sagging eyelid folds, deep facial scars, thick oily skin, or if your wrinkles can’t be smoothed by spreading them apart.

How long does it take to administer?
Although office visits can vary, the procedure generally takes 10 to 20 minutes.
How long does it take Dysport to work?
Though results vary, over half of users see improvement in moderate to severe frown lines between the brows within 2-3 days.1-3*

How long does Dysport last?
One treatment of Dysport provides results that may last for up to 5 months.2-4† Estrella Aesthetics & Surgical Arts
3.8
Based on 68 reviews
See all reviewsWrite a review

Kristi Stelle
01:29 09 Oct 21
This place is great. Love Ashley, Susan, Sommer, Jackie and Noah. I haven't met Judi yet, but I'm sure I'd love her too. Had many of my firsts here. All exceeded my expectations. I was thoroughly informed about products and potential results. So far I have not been disappointed. Very caring staff. The reviews about costs are misleading. If you want discount treatment and discount product. This is not the place for you. If you want high grade product and top notch treatment with results, this is your place. Im in love with the decor. It's like walking into the center of a diamond. It shows you can have both cleanliness of a medical facility and the beautiful comfort of a luxury spa. I would give them 10 stars.

Tonya Johnson
14:02 04 Aug 21
I've had a lazy eye all my life and tried different ways to rectify it without much success. I decided to try out Estrella Aesthetics to see whether botox would help with the eye, and it sure did, and it also reduced my wrinkles. The doctor was highly professional and knew exactly what to do. I couldn't be happier.

Shannon Oneil
10:13 03 Aug 21
I loved their Kysse lip filler. The process was short and painless, and my lips looked great and natural after the procedure.

John Ruiz
06:06 02 Aug 21
I have been to Estrella Aesthetics thrice, and I love their services. Booking an appointment was so easy, and the entire staff is very welcoming.

Jose Williams
06:53 01 Aug 21
I worked so hard to burn the extra weight that I added after having several kids back to back. I shed it through exercise, but I still wasn't happy with the result. A friend recommended Estrella Aesthetics, and they did a tummy tuck to deal with the loose skin around the stomach. The results are amazing.

Loretta Walton
03:15 31 Jul 21
I feel so confident now, thanks to the new fillers from Estrella Aesthetics. The staff there was very friendly, and the procedure was painless. The swelling went away sooner than I had thought too.

Julie Washington
17:00 22 Jul 21
Thank you so much for your competent staff and their work completed on my face. I had three different procedures, and I am the happiest person in the whole-wide-world. On a scale of 1 to 10, with 10 being the highest, I give the team a 10+. I definitely recommend your services.I have to tell you that I ran with some ladies that I hadn’t seen in over a year. One of them said after our run, “I don’t know what you’re doing, but you look so pretty. Not sure of what’s changed, but you sure do look pretty.”That really inflated my ego. Most times, I only see my flaws, but after that comment, I was on cloud-nine. Love it!Thank you so much for your expertise. You all have magic hands and I will return for more. Thank you 🙏🏽.

Michelle Angel-K
00:42 26 May 21
I’ve been coming here for 10years since. All areas I needed catered to has been satisfied. I’ve had facial treatment for acne. Fixed my acne issue. I had serve acne on my back. Fix that issue. Facials to clean out the pores. Great job. Had the Bella treatment for body contouring. Had facial peels and everything else they offer except Botox or fillers.Tentative to all your needs. Great staff! If you don’t know what to do after treatment and don’t completely understand, then ask them. If you make a mistake on yourself due to not doing your due diligence then they are not to blame.The makeup line they try to sell you are great products. The facial creams are highly recommend.I’m 40 going on to 23.I’ll keep coming back!

Gissel Aguiar
21:20 23 Feb 21
Summer, is the go to person, she has the hands of gold. Highly recommend her to all looking into in deep facial treatments!!!

Christopher Hudson
09:28 18 Jul 20
Some people complain that Estrella services are a bit pricey but I see it differently. These guys offer exceptional services that match the cost. I never have to worry about botched procedures at Estrella.

Estefanía Cundapí
00:19 03 Apr 20
Place is always very organized and I am always greeted with a smile. They are so knowledgeable and friendly. I liked the results of my wrinkle forehead treatment.

Andrea Del Rio
18:10 16 Mar 20
Judy and her team are great! I Had a Juvederm procedure and I'm very happy with the results. My lips not only look great and naturally plumped, but feel awesomely hydrated too. I trust them 100% for any treatment.

Ramin Sarshad
14:56 16 Mar 20
Attended many CME courses with Dr Troell for many years. He's always on top of the latests lipo and body countering techniques.

Susana Williams
19:07 14 Mar 20
I had a chin wrinkle treatment with sculptra to stimulate collagen growth, very happy with results. I am coming for my second injection next month.

Noah Finch
10:42 11 Mar 20
Their JC Complete products are effective and affordable. I don’t intend to use any other products soon. Estrella products serve me well.

Julio Andre
19:52 06 Mar 20
My experience was positive. They are professionals, listened to my aesthetic needs, and proposed me with a personalized plan that adapts not only to my needs but also wallet $.

erika_n_chett
01:19 04 Dec 19
The only place I trust!!! I have got my lip injections about 5 times. I love their staff and nurses. They are so nice and they make me feel comfortable.

Kathryn E Amezquita
14:15 21 Oct 19
They have very friendly staff. I went there for a facial procedure and I was treated like a queen.

Liam Jack
07:10 15 Oct 19
I have been using their skin care products for the past 3 years, and I have never experienced any issues. I am a big fun of the JC Ferulic.

Leticia Bouse
05:53 12 Oct 19
I’ve been coming here for years.... for those who say they are overpriced i beg to differ. You get what you pay for. I love that they educate you first and then only do what you feel comfortable with. The ladies are amazing. I’ve had great results and i love that they don’t push procedures like many places do. I am always conservative in what i want and they respect it and don’t make me feel pressured to do something i don’t want or can afford.

Rosanne Paige
07:08 17 Aug 19
My friend introduced me to this place and I am hooked. Such a friendly place. Thanks a lot Susan.

Davis Deven
06:50 14 Aug 19
What I love most about this place is its ambience. It looks nice, and welcoming. The nurses have amazing skills too, and they are cute.

Anthony N. Miller
09:48 06 Aug 19
I have been a regular here for the past 5 years, and I love what they have done to my face. I especially like Susan, she is very professional.

Trotter William
05:12 24 Jul 19
I did HydraFacial here and it was amazing. I would rate this place 5 stars.

Simms Steve
05:31 14 May 19
I hope you are reading this Dr. Khan. I really appreciated your help. Will be back with my friends.

Steve Kenneth
04:25 24 Apr 19
I have always had self-esteem issues due a skin breakout on my face. I visited 3 clinics without any help until I discovered Estrella Aesthetics. Best decision ever.

Angel Fierro
22:31 11 Feb 19
I absolutely love this place! All of the staff are amazing. Natalee, Susan, Summer, and Ashley are all top level. Nothing but love for these amazing ladies!!! 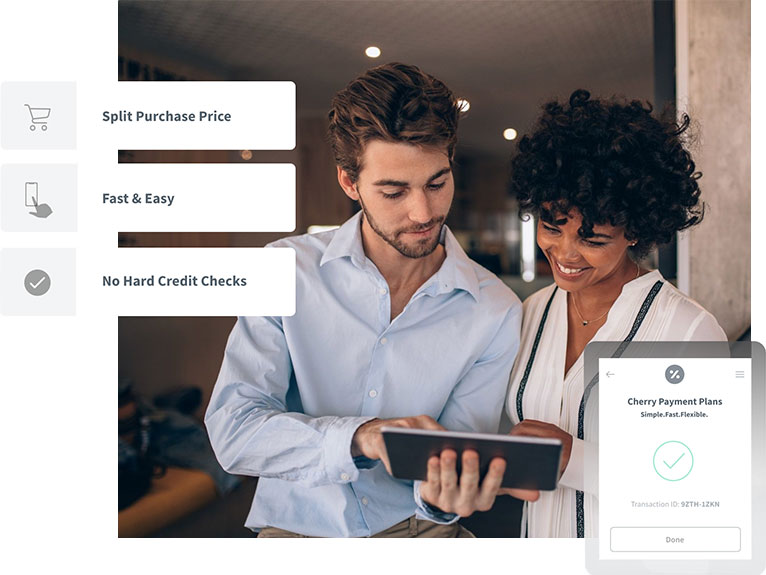